You Can Name Your Child Nutella, Unless You Live in France 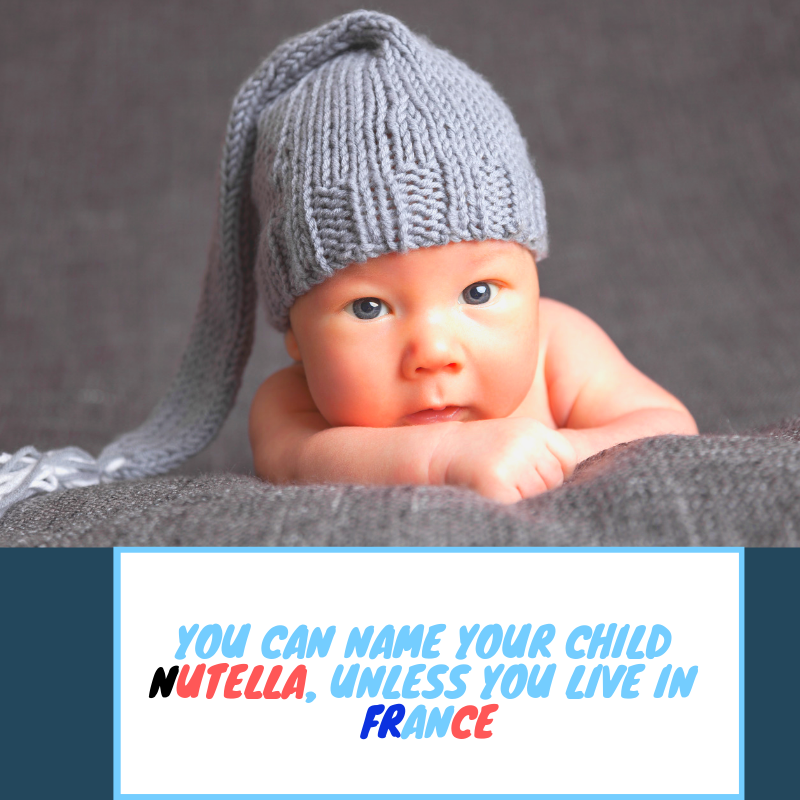 In America, it’s a free for all when naming your child. We can name our children almost any name that is not obscene. Although, I feel names like Fifi Trixibelle are going to be challenging on the child. My neighbor, for example, decided to name his child after his first client, Ford. I am happy that he left off the word “motor.” While less traditional names may hold significant meaning to the parent, they may run the risk of misinterpretation later on in life. In certain regions of the world, they may even be denied by the courts.

Last year, the French courts stepped in and decided to rename a child named Nutella and a child named Strawberry. The courts decided these names were contrary to the child’s best interest and could lead to teasing and mockery. By the way of reason, “fraise,” the French word for “strawberry” is considered mockery because there is a French phrase, “ramène ta Fraise,” which means “get your ass over here.” Not quite what a parent would want for their child.

Other countries have laws regulating what names can be used for children as well. In Germany and Spain, the name needs to indicate the gender of the child. Denmark isn’t much concerned with uniqueness. You are given one of about 7,000 names to choose from, otherwise you need court approval.

Japan also has a list of names, all of which are easy to read and write in Japanese. For you soccer aficionados, it’s perfectly fine to tattoo the name “Messi” on your arm or paint it on your car, but in Rosario, Argentina, where Messi was born, the courts ruled it would be confusing to call someone by the same name as the famous soccer player. I say, it’s not messy at all!

When it comes to bestowing a moniker upon your beloved baby, keep your creative at bay for the sake of your child. Not only may his or her name translate into something unbecoming in other languages and cultures, a name often serves as a first impression. It’s up to you to help make it a good one.